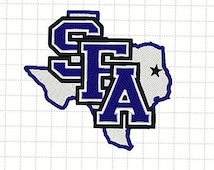 Everyone's favorite team on the Rivals CBB board enters the Bracket of Doom in the harrowing 5/12 matchup. Auburn started off the year 15-0, certainly carrying the momentum over from their first-ever Final Four run in 2019. However, they returned to Earth a bit in conference play following road setbacks against rival Alabama and Florida, and then inexplicable losses at Missouri and Georgia. This was still a team that could be dangerous if they got hot from 3, but also in four of their six losses, they failed to score 70 points, showing the struggles of a team that had gone cold shooting. Nevertheless, with a lineup that featured four players in double figures, and on any given night one of them could go off, Auburn is a team that could've been poised for another deep run...if the shots are falling.

The Lumberjacks were poised to be a popular upset pick once again, steamrolling through Southland competition and blistering teams offensively averaging 80.6 ppg, good for 7th in the nation. This is also a team that went into Cameron and stunned Duke by 2. Led by Kevin Harris' 17.5 ppg, and given Auburn's defensive struggles, it would be safe to say that the Tigers would at the very least be on upset alert in this hypothetical 1st Round matchup.
K

Is this the token 12-5 upset special?
Reactions: EvilMonkeyInTheCloset

MrBaracus said:
Is this the token 12-5 upset special?
Click to expand...

Going to find out how good Auburn is.

They were last year against NM State

For whatever reason Auburn keeps getting these tough first round matchups.
Reactions: EvilMonkeyInTheCloset

I take it Auburn fans are on hiatus with basketball season officially over.....